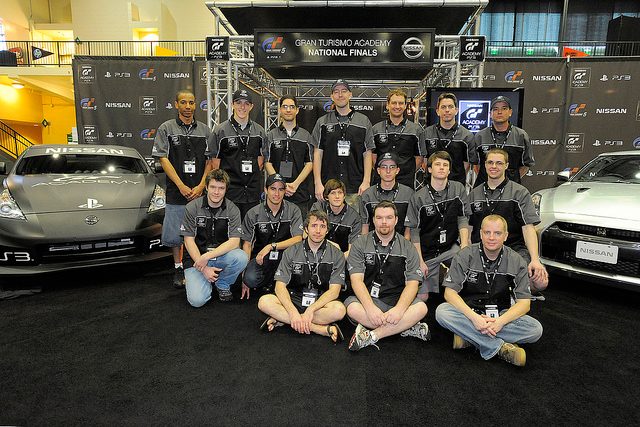 It was truly a race to the finish as the two-day long GT Academy Nationals Finals Event comes to a close. The top 32 players, eight players from four regions across the U.S., all flew in to compete in this week’s National Finals Event at the ESPN Wide World of Sports Complex at the Disney World Resort.

The top 16 will now prepare for a trip to England for the next phase of GT Academy, to be held at the Silverstone racing circuit in the U.K. this summer. Participants will join an intense, week-long racing camp where they will be judged by an expert panel of racing professionals, rating each competitor’s skills, performance, and overall aptitude for the requirements of a professional racer. The person who is judged to have the most natural talent and potential to succeed as a professional race car driver will be crowned as the first GT Academy winner in the U.S. After that, he will start down the grueling path to train, obtain a racing license, and make his big debut behind the wheel in a major endurance race.

Here are the 32 competitors who participated in the tournament with the top 16 advancing to the final phase of competition in Silverstone (ranked in order of placement):

Taking one step closer to possibly becoming a part of a professional race car team, these 16 finalists emerged from a pool of over 53,000 hopefuls who competed for a top spot through Gran Turismo 5, battled their way through 2 days of intense racing, and earned a spot as one of the final 16. Congratulations from Sony, Polyphony Digital and Nissan North America to these truly amazing 16 individuals.