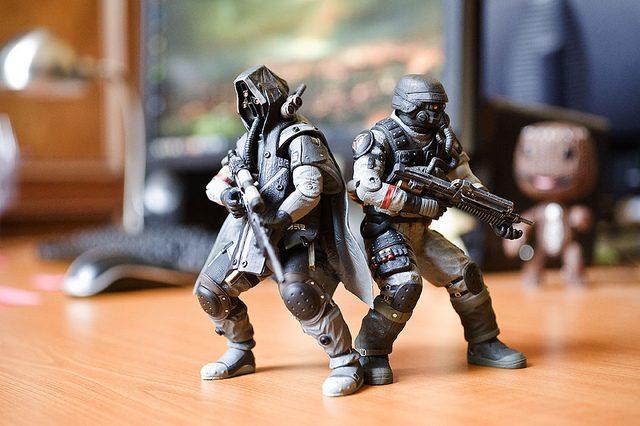 Ever since we announced the Killzone 3 Helghast Edition, one of the questions we’ve been asked most frequently is “will there be more Killzone action figures?” Today, we can answer that question with a proud and unequivocal yes.

Today will see the release of Killzone Series 1, an action-figure series consisting of the Helghast Assault Infantry and the uncloaked Helghast Sniper. Creator DC Unlimited is no strangers to PlayStation properties: Last year, it released awesome plastic renditions of the characters from Ratchet & Clank and Resistance.

This time, DC Unlimited has turned its exquisite attention for detail to two of Killzone’s most recognizable antagonists – the Helghast Assault Infantry and the Helghast Sniper.

Standing at 6.5″ high, each action figure comes with multiple points of articulation and a faithful reproduction of the character’s in-game weapon. As owners of the partially cloaked Sniper figure from the Killzone 3 Helghast Edition can attest, these figures boast realistic sculpts based directly on character art by Guerrilla, as well as paint apps so detailed they include the individual rivets on the uniforms.