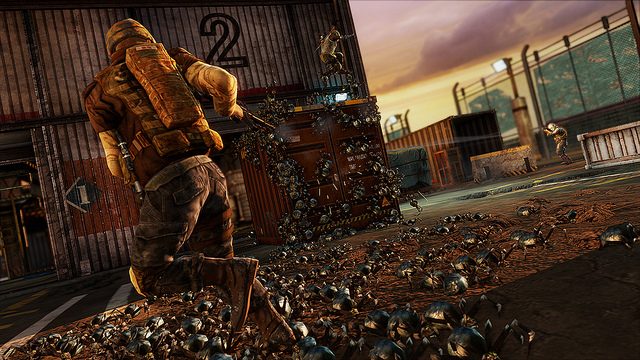 We’ve gotten a lot of questions via our NaughtyDog.com blog comments, Facebook Wall posts and Twitter asking if there will be a Collector’s Edition of UNCHARTED 3: Drake’s Deception when the game is released in November 2011. Today, we can reveal the answer as a very definite YES for our fans in North America!

As you can see in the image above, the Collector’s Edition comes with a functional Traveling Chest replica which stores all of the other aspects to our Collector’s Edition – exclusive Steelbook case for UNCHARTED 3: Drake’s Deception, a full size replica of Drake’s belt buckle from UNCHARTED 3, a full size replica of Drake’s necklace which includes Sir Francis Drake’s ring, and exclusive statue of Nathan Drake from Sideshow Collectibles.

You’ll be able to pre-order the UNCHARTED 3: Drake’s Deception Collector’s Edition from many retailers. Speaking of pre-orders… we’ve listened to a lot of your feedback about the pre-order bonuses from the UNCHARTED 2 release – mostly how many of you were bummed by not being able to get some in-game content without pre-ordering at multiple retailers or waiting for it to be added to the PSN Store over a year later. Because of that feedback, we’ve restructured how we provide pre-order content – nearly all of our retailer exclusive bonuses grant you early access to key multiplayer Weapon Mods, Boosters and Medal Kickbacks.

Pre-ordering at Amazon.com nabs you three pre-order bonuses – one Kickback and two Weapon Mods. The Carpet Bomb Kickback allows you to send out three grenades with a single throw to blanket your opponent – or take out a group of opponents – with multiple explosions. The Clip Size Mods for the Para- 9 and G-MAL increase the size of your bullet clip, allowing you to trade more shots with your opponent before you have to reload.

Over at Wal-Mart, you can get the Callout Weapon Mod, which allows you to equip your old friend, the AK-47, with a laser sight that enables your entire team to see the location of the opponent you are currently targeting.

If you don’t see your favorite retailer listed above, don’t fret – many other retailers who participate in our pre-order program will be offering a voucher code for an exclusive UNCHARTED 3: Drake’s Deception PSN Avatar and PS3 XMB Theme.