NBA 2K12: Introducing “On The Move” exclusively for PlayStation Move 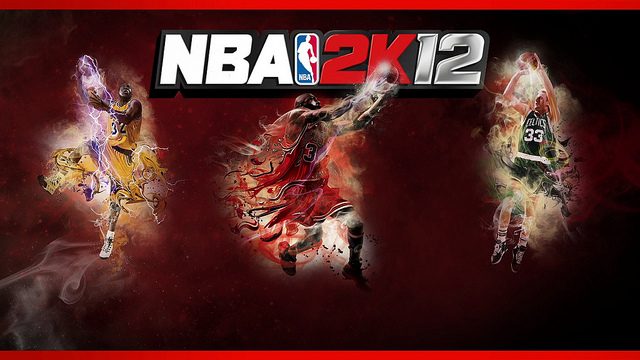 Ronnie here from 2K Sports. I am the Community Manager and the point person for our fans. Have feedback on a feature for NBA 2K12? Want to get an idea in the game? You have my ear and can always reach me on my Twitter account. Drop me a line anytime!

You may remember me from a post earlier this year on NBA 2K12 or my posts last year on NBA 2K11. NBA 2K11 was an enormous success for us as we brought Michael Jordan back to the virtual hardwood for the first time in years. That was followed by extremely remarkable reviews, many calling NBA 2K11 “the greatest sports game of this generation”.

People asked how we could possibly come close to matching last year’s success. It started with unprecedented success at E3 where we picked up multiple Best of E3 Nominees/Awards and even had NBA superstar Kobe Bryant show off NBA 2K12 using the Move at the PlayStation Press Conference. Many have said we’ve achieved the impossible, somehow surpassing 2K1. And with launch Tuesday, the hype is at a fever pitch. This game is better than ever, and this past Friday’s IGN score of 9.5, saying “NBA 2K12 has dethroned its predecessor as the BEST basketball game of all time.”

How have we accomplished this? In addition to our innovative gameplay controls and unrivalled realistic NBA action, this year, we decided to above and beyond last year, not saving any punches. Yes, Michael Jordan is back but this year he is bringing some friends to NBA 2K12 (in stores in the US 10/4/2011, internationally 10/7/2011). How many friends? How about 14 of the greatest: Magic Johnson, Larry Bird, Kareem Abdul-Jaabar, Julius “Dr. J” Erving, Bill Russell, Jerry West, Isiah Thomas, Hakeem “The Dream” Olajuwon, Oscar Robertson, Karl Malone, Scottie Pippen, Patrick Ewing, Wilt Chamberlain, and John Stockton. All the legends have a game against one of their fiercest rivals in the new “NBA’s Greatest” mode.

Each game in the NBA’s Greatest Mode will have its own look and feel depending on the era it took place in. Our gameplay and presentation teams have painstakingly researched player tendencies, rule changes, and even era-specific television presentational styles for these games. It’s really an astounding experience to play a game in grainy black & white with no 3PT shots, old-school scorers tables, baskets, and of course, the shortest of shorts. You’ll be doing that in NBA 2K12, and let me tell you, it’s a lot of fun! You can read about how each of the “NBA’s Greatest” games/match-ups here.

But NBA 2K12 also has a brand new feature on PlayStation 3 called “On The Move,” obviously using the PlayStation Move. Recently, I got the chance to interview one of our Producers, Ben Bishop, to provide some exclusive info to those that follow the PlayStation Blog. Ben was influential in making this feature a lot of fun and a cool experience for 2K veterans and newbies alike. After Ben gives you some background on the use of Move, I will share some other features to be unveiled in NBA 2K12. So without further adieu, here are highlights from our conversation:

Ben Bishop here. I’m one of the Producers who worked on NBA 2K12. I was fortunate enough to be involved with many different facets of the game this year. Probably one of the most unique and exciting though, and the thing that I’m here to give some details on today, is our NBA On the Move feature, exclusively available for you fine readers of the PlayStation.Blog and PlayStation 3 gamers everywhere.

While we supported the Move controller in NBA 2K11, we really felt like there was something more we could do there. In particular, we wanted to get away from the standard gesture-based controls that many sports games have used and, instead, figure out a way to utilize the Move that wasn’t so involved. Let’s face it, waving your arms around for an entire game can get old quickly, so it made sense to pick our spots a little better and choose ways, that used the precision of the Move, work best.

Additionally, we wanted something that could appeal to newer fans of the series. The standard gameplay controls have an unbelievable amount of depth, with nuances that can take quite a bit of practice to master. This can be daunting to inexperienced users so, hopefully, NBA On the Move will create just the opposite effect.

While we hope that players, of any skill level, will quickly be able to feel like a superstar in this mode, that doesn’t mean we didn’t include our typical extra layer for anyone who wants to take it to another level. There is a whole set of advanced Move controls, that really deepen the experience and can make a huge difference the more you play the game, which I’ll detail below.

But one last thing before getting into some more of the control: It’s worth mentioning that we created a specific NBA On the Move mode just for this feature. We really felt like it was something that needed to stand on its own. It’s the type of experience that really shines when you’ve got some friends over, so we wanted it to become a specific destination rather than a side feature that gets lost in the midst of all the other regular game modes.

Okay, enough background. Now it’s time to jump into what NBA On the Move is all about. To start with, the entire mode is driven by the use of the Move controller pointer. You use your controller to point directly at the players on the court you want to interact with. Along with that, there are two additional essential buttons to worry about – the Move button on the top of the controller, and the T button on the back.

Here is the breakdown of the basic controls:

One of the most unique aspects of NBA On the Move is that you focus on the things that matter most – passing, shooting, stealing/blocking, and rebounding. We’ve spent years refining our AI and doing everything we could to get it to play a smart and realistic game of basketball. And in this mode, you really get to see it shine. In many ways, NBA On the Move is like the perfect hybrid of a Coach Mode and playing the game in the standard way.

And to all of you NBA 2K veterans, don’t fret. As I mentioned before, there is a whole extra level of controls that allow you to influence player movement and really get into more of the subtleties of the game if you so desire.

Here’s the breakdown of the advanced controls, starting with offense:

Notice that you can get players to do things like cut, set picks, and post-up, and you can even throw up alley-oops or guide them into open space with the Lead Pass feature.

And now, here are the advanced defense controls:

Run different styles of defense depending on the situation and the match-ups, call for double teams, or instruct your players on how tight to play or when to stand their ground and take a charge. There is a variety of ways for you to influence the action.

As you can see, anyone should be able to pick up a Move controller and play NBA On the Move using just the two basic buttons. This was evidenced by a demo we did a few months back at E3. Former NBA 2K cover athlete Kobe Bryant was kind enough to stop by and show everyone an early preview of the mode, and he jumped on stage with essentially no practice and was able to start making plays after only a brief period of adjustment.

But again, there is a lot more to it than that. It is definitely a new and unique way to play NBA 2K12, and whether you’ve got some friends over and want to sit down on the couch and see who’s best, or if you simply want to take on the CPU and player-coach your way to victory, the choice is yours. It’s a great alternative to the standard simulation basketball you’ll get everywhere else in the game that we’ve built up for years. So pick up a Move controller and give it a try – I think you’ll be pleasantly surprised.

I want to thank Ben Bishop for taking the time out of his busy schedule to give us insight on how to get the most out of using the Move. I have been playing “On the Move” and it’s a really extraordinary time. I am sure you hardcore fans and people new to the franchise will also enjoy.

I want to mention a few other features that are making waves in the gaming industry. Now that I’ve discussed “NBA’s Greatest” and how you get the use of deep rosters of 34 legendary teams (more than 400 players in all) at the beginning of the blog, you’ll be ready to play and see what the Greatest of All Time is. But our game has always been rooted in the current game so, in the meantime, here are some other things to look out for when the game hits stores October 4th (make sure to click the links for even more information):

My Player Mode – Live the entire life of an NBA star. After Pre-Draft Interviews, David Stern will announce what team has drafted your services to their squad. They will build marketing campaigns around you and hope that you’re on your way to being the face of the Franchise. You will fight for playing time, discuss your accolades in Press Conferences, and emerge as a starter, perhaps even a player that will go down as one of the greats. If you are, you could be signed to a lucrative Shoe Deal, be on the cover of Magazines, star in commercials, and so on. If you’re one of the greatest ever, you could even write your Hall of Fame speech.

New Post Play System / Defense – Become a force to be reckoned with in the post via full 360 degree player movement, an innovative defensive counter system, and a whole arsenal of moves such as drives, step-backs, and aggressive back downs. Moves can be queued ahead of time and combined together allowing you to dominate the paint in true big man fashion.

The Association: Online – For the first time ever, you and up to 29 friends can form your own NBA league and manage it all from your computer or console.

Well, I have probably gone on way past my time! I want to thank the people at Sony for giving me this time to tell you about NBA 2K12. Let me remind you to follow us on Facebook to get exclusive info on the NBA 2K Franchise.

Feel free to drop me a line below or on Twitter and I’ll do my best to get back to you ASAP. Thanks for reading!