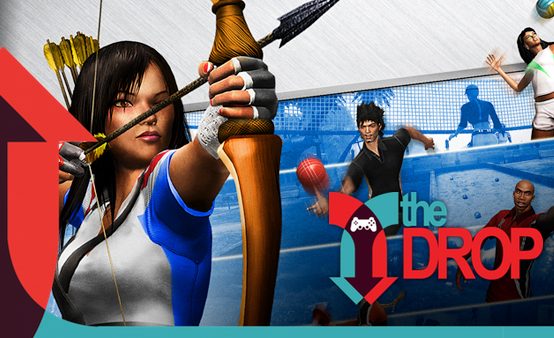 Welcome back and happy new year, to what will surely be an amazing and ambitious year for the PS3 and the long awaited PS Vita.

The Drop returns this new year with Final Fantasy Origins on PSone Classics. Sports Champions, the must have PS Move game for all fans of precision motion controlling is a full digital download on PSN. Inspired by Asian mythology and fused with science fiction, Asura’s Wrath awaits your button mashing skills with a downloadable demo. Also, you heard it on the sixth episode of PlayStation BlogCast first, Final Fantasy XIII-2 gets its own demo as well! Enjoy this week’s The Drop.

Sports Champions (PS Move Compatible) — Reign supreme as the ultimate sports champion as you crush, spike and smoke the competition in this ultimate sports showdown. Sports Champions introduces players to six sports challenges that leverage the PlayStation Move’s precise gameplay and 1-to-1 control. So whether you’re tossing a disc toward a target, spiking a ball, or perfecting your serve, Sports Champions precisely simulates your exact movement, delivering a realistic and ultra-sensory experience. Casual gamers will enjoy Sports Champions’ intuitive pick-up and play gameplay, while core gamers will find the game’s precision and accuracy challenging as they strive to perfect their athletic techniques and take home the win.

Toy Story 3: The Video Game (PS Move Compatible) — The PlayStation 3 version of Toy Story 3 gives gamers even more excitement with exclusively feature content and gameplay. Emperor Zurg, one of the most beloved villains of the Toy Story franchise, is a playable character here in the game’s Toy Box mode. As the sworn enemy of the Galactic Alliance, Emperor Zurg enters the video game’s Toy Box mode complete with his sphere-shooting cannon and speed on wheels to unleash mayhem on Woody’s Western Town.

Crazy Machines Elements (Demo Available) — In grand Crazy Machines tradition, players must create wacky chain reactions using different parts and accomplish the tasks set out in their mission, from knocking vases over to blowing out candles. Players can also use lots of new parts besides the elements, including cloud machines, pinwheels and flamethrowers.

Choplifter HD — Choplifter returns with 21st century graphics and a new twist on classic game play, allowing you to take control of a variety of different helicopters on over 20 missions. Bank, hover and sidestep around danger to drop down and rescue innocent lives.

Saving is no longer restricted to certain locations with the addition of the Memo File function. Multiple gameplay modes allow players to customize game difficulty when beginning a new quest. CG movies and stills have been added throughout the game, taking the story to new cinematic heights. Improved sound quality, new opening themes, and an added art gallery deepen the game experience.

[Editor’s Note: The following dates are subject to change. Game details are gathered from Press Releases from their individual publishers and/or ESRB rating descriptions.]