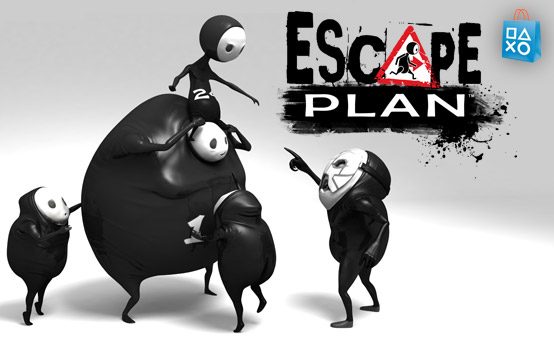 Hey everyone,
It’s a special PS Vita early launch week / Valentine’s Day edition of the PlayStation Store Update! But it doesn’t mean there’s no great new PS3 content to talk about either. Which means we’ve got a lot to cover, so let’s get to it.

Kicking things off this week is the official PlayStation Store launch of PS Vita titles available to download once you’ve connected to PlayStation Network. Many of the downloadable titles are also available at retail as well such as UNCHARTED: Golden Abyss. However, there are exclusive titles that are only on PSN including Super Stardust Delta, Escape Plan and Hustle Kings.

Escape Plan delivers a new style of “survival humor” gameplay that takes full advantage of the unique features of the PS Vita. Super Stardust Delta brings the famous twin-stick shooting that made for a gripping experience on PS3 and brings a new edition to PS Vita with all-new gameplay tweaks. Lastly Hustle Kings lets you make your way to the top of the global leader boards in this beautifully chic pool setting. Access the PlayStation Store on your PS3 or PS Vita to download the new PS Vita content.

PS Vita isn’t the only place to find new PlayStation content. This week also sees the release of PSN Games House of the Dead III, Inferno Pool and Worms Ultimate Mayhem, to name a few. Even better, if you’re a PlayStation Plus subscriber, you get new release Inferno Pool free, and day one discounts on House of the Dead III and Worms Ultimate Mayhem!

Additionally for PlayStation Plus subscribers, to show our appreciation and love this Valentine’s Day, we, along with our friends at Ubisoft, are putting Far Cry 2 FREE for subscribers! It’s a great way to get prepped for the upcoming release of Far Cry 3, and an all around amazing game to play if you didn’t get the chance to play it.

Check out the full details of this week’s update below, don’t forget to tune into the second episode of Tester Season 3 and let us know your thoughts in the comments below or join the discussion on the PlayStation Community forums in the Official PlayStation Store Update thread. Happy gaming!

Ultimate Marvel Vs Capcom 3 ($39.99)
The fight between the Marvel and Capcom characters has been taken to a new level! Marvel vs. Capcom 3 has evolved into the ultimate experience! New playable characters include popular Marvel comic characters such as Ghost Rider and returning characters.
ESRB rated T
File size 1.34 GB

F1 2011 ($39.99)
Compete on the go with F1 2011!
Featuring all the official cars, stars and circuits from FORMULA ONE, go for motorsport’s ultimate prize across a full season, enter individual GRAND PRIX races, or get a quick fix with Challenge Mode.
ESRB rated E
File size 1.42 GB

Michael Jackson The Experience ($35.99)
Experience the excitement and the magic of Michael Jackson’s iconic music videos and short films in the palm of your hands in spectacular high definition graphics and sound.
ESRB rated E10+
File size 1.34 GB

Super Stardust Delta ($9.99) The Super Stardust franchise blasts its way into your hands with its latest iteration: Super Stardust delta. With brand-new features made specifically for PlayStation Vita, players continue to destroy everything in their sight.
ESRB rated E
File size 208 MB

ModNation Racers: Road Trip ($26.99)
Welcome to the never-ending season of ModNation kart racing, where competitive racing and community creativity collide. Whether you race for the fastest time, customize your own karts or tracks, or you discover new courses online – ModNation Racers gives you everything you need!
File size 1.4 GB

Grand Theft Auto IV ($19.99)
What does the American Dream mean today? For Niko Bellic, fresh off the boat from Europe, it is the hope he can escape his past.
ESRB rated M
File size 11 GB

Mass Effect 3 Demo
Fire the first shots in the war to take Earth back! Voted Most Anticipated Game of 2012 at the SpikeTV VGAs, Mass Effect 3 puts you at the center of an all-out galactic war – and how to wage that war is up to you. Groundbreaking interactive storytelling drives heart-pounding action where each decision you make could have devastating consequences.
ESRB rated M
File size 1.67 GB

Binary Domain Demo
Download the demo today to have the chance to play Binary Domain. As the lines start to blur between man and machine, you must enter into 2080 Tokyo, fight your way thought their robotic defenses and find who is creating highly advanced humanoids that are beginning to infiltrate society undetected. The machine age has begun…
ESRB rated M
File size 806 MB

Zen Pinball: Epic Quest Table (Public Release) ($2.49)
Pick up an Epic plate for your knobbly-knees knight, Max, give him a Crude Plastic Dagger of Elemental Flame and face the endless hordes of brutes to level up and gain more goodies in the goofy fantasy pinball
ESRB rated E
File size 72 MB

Everybody Dance Pack 7 ($8.99)
Download these additional tracks to keep the party going: Dexy’s Midnight Runners – Come On Eileen Example – Changed The Way You Kiss Me Odyssey – Going Back To My Roots Soul II Soul featuring Caron Wheeler – Keep On Movin’ To use this download, you will need Everybody Dance game.
File size 1.12 GB

Disney Universe – Phineas And Ferb Level Pack ($4.99)
Disney Universe continues to grow with a new downloadable level pack featuring Disney Phineas and Ferb. Suit up, power up and battle through the suburbs of Danville in some of your favorite Phineas and Ferb costumes, including Phineas, Ferb, Dr. Doofenshmirtz, Agent P, and Candace. Each costume includes its own upgradeable tool.
File size 404 MB

TNT Racers – Formula TNT ($2.99)
TNT Racers is taking it to the next level! Experience an even faster Speed Class: Formula TNT! It comes with 2 new crazy fast cars and another 4 awesome circuits. Stacks of Formula TNT Challenges are waiting to be mastered. What are you waiting for? So get going: Hit the gas and have fun!
File size 18 MB

Saints Row The Third: Funtime! Pack ($2.99)
Go super ballistic with the FunTime! Pack which gives you a new weapon, vehicle, and outfit. Terrorize your enemies by sucking them up and shooting them out with the Genki Man-A-Pult! Pull the trigger on the Mollusk Launcher and unleash the power of an exploding, mind-controlling octopus! And make sure you put on your FunTime! Outfit, because who doesn’t want to look like Professor Genki!
File size 1.7 MB

Saints Row: The Third – Money Shot Pack (Public Release) ($2.99)
Looks can kill…and so do you. With the Money Shot pack, you can transform yourself into one of Ultor’s elite femme fatales. Don your high-heeled tactical catsuit and take to the skies on a custom Ultor jet bike. Then when the time comes to execute your target, do so with unprecedented style with your fully automatic sniper rifle.
File size 1.7 MB

The House Of The Dead III Launch Trailer