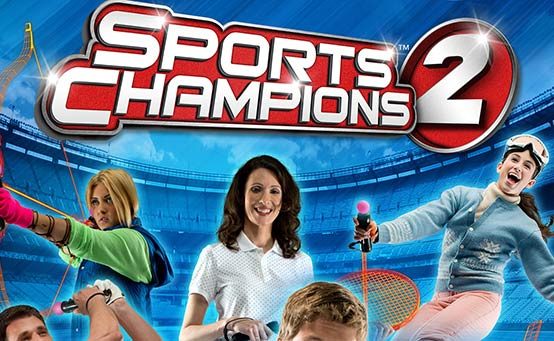 Hi again, this is Sports Champions 2 Senior Producer, Jeremy Ray, and I’m super excited to finally let everyone know when Sports Champions 2 will be available here in the US — October 30th! Since we’re getting close, I’ve got a small update on the game for you.

We’re giving the game one final coat of polish and squashing bugs right now, and I’m proud to say that we’ve surpassed many of our lofty internal goals. We can’t wait until it’s in your hands.

One example: the Avatar Creator feature has turned out so much better than we envisioned it. In fact, we are already starting to think about post-release support to make this feature even better — hopefully I’ll be able to announce something on that after launch. The creativity we’ve seen with the QA team on the avatar creator has been inspiring, and we’re incredibly excited to see how much further the fans take it.

We are also getting a ton of great feedback on Skiing, Boxing, Tennis, Golf, Bowling, and the new Archery. Just like with SC1, everyone seems to have their personal favorite. While my personal favorite in SC1 was Bocce, I’ll wait until SC2’s been out for a bit before making that call for the sequel.

Party Play keeps getting better and better, too. I really hope this takes off, as it’s been a blast to make. Thanks to the tremendous talent of Zindagi for making this possible, with big time improvements on core systems — like the removal of three point calibration.

Thank you, and continue to stay tuned for more Sports Champions 2 news. We’ll see you on the leaderboards!