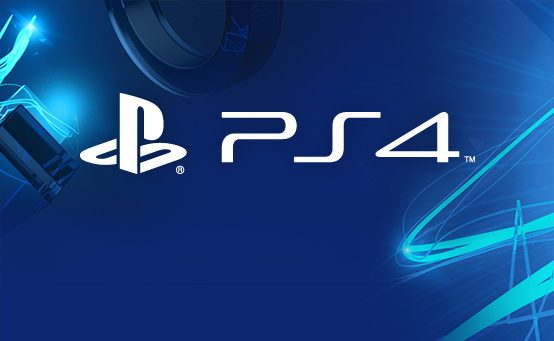 Today is an exciting day for gamers everywhere. As you may have seen live with millions of others across the world, just moments ago we introduced PlayStation 4 (PS4), our next-generation console that will deliver breakthrough gaming experiences for our fans starting this holiday season.

PlayStation 4 is centered on all of you – the gamers. It redefines rich and immersive gameplay with powerful graphics and speed, intelligent personalization, deeply integrated social capabilities, and innovative second-screen features. When we designed PlayStation 4, we focused on building an architecture that will allow the greatest game developers in the industry to push boundaries and dig deep within their imaginations to create the most immersive and unique games for you to enjoy.

The future of PlayStation is all about great games and entertainment, and at PlayStation Meeting 2013, we brought some of the brightest and most creative minds from the development community on stage to unveil the games that will define PS4. A partial initial lineup for PlayStation 4 includes first-party games from Guerilla Games (Killzone: Shadow Fall), Sucker Punch (inFamous Second Son), Evolution Studios (Driveclub), and Japan Studio (Knack), as well as titles from our partners such as Activision/Bungie (Destiny), Blizzard Entertainment (Diablo III), Capcom (Deep Down), and Ubisoft (Watch_Dogs). PlayStation also reinforced its commitment to self-publishing and the independent development community by having Jonathan Blow onstage who gave a sneak peek of his upcoming title The Witness. Finally, the incredible minds at Media Molecule and Quantic Dream gave glimpses of their conceptualization process and the future of gameplay with some remarkable footage. We only scratched the surface at the event, and will have many more exciting titles to come.

With so much amazing content in development for PlayStation 4, we want to give our fans every opportunity to check out virtually any PS4 game when it becomes available. In the future, when a gamer sees a title of interest in PlayStation Store, they can immediately start playing a portion of the actual game.

Our next generation console will change the way you interact with friends while you play. PlayStation 4 lets you instantly share images and videos of your favorite gameplay moments on Facebook with a single press on the DUALSHOCK 4 controller’s “share” button. You can also broadcast while you play in real-time through Ustream, allowing friends to comment or jump into your game in new ways. Be sure to check out the post from Shu Yoshida, WWS President, for his thoughts on DUALSHOCK 4 and the “share” features.

With PlayStation 4 we also want you to access your games quicker than ever before. PS4’s “suspend mode” eliminates the load time on your saved game and allows you to immediately return to where you left off by pressing the power button. PlayStation 4’s background downloading and updating capability also allows you to immediately play digital titles as they download, or update the system when the hardware is powered off.

Leveraging PlayStation Network with Gaikai technology, PS4 will make it easier for you to play your favorite games and access content wherever you are. We see PS Vita as the ultimate companion device for PS4 and it’s our long-term vision to make most PS4 games playable on PS Vita, so you can bring your favorite games from the big-screen TV to your PS Vita over Wi-Fi. We’re also introducing a “PlayStation App” for iPhone, iPad, and Android devices that acts as a second screen, allowing for unique gameplay possibilities such as viewing maps during an adventure game or remotely watching friends play during an epic battle—right from a smartphone or tablet.

With so much to look forward to in 2013, I want to take a moment to thank you for following PlayStation through our incredible journey and allowing us to bring the most advanced hardware, software and networked gaming experiences into millions of homes around the world. We’re excited about this next chapter, and will continue to provide you with more details about PlayStation 4 and the broader PlayStation ecosystem, as we get closer to launch this holiday season.

All the news from PlayStation Meeting 2013

PlayStation Meeting 2013: The Future of Gaming is Here with PlayStation 4

PlayStation 4 Developers: The Shape of Things to Come

Racing evolves on PlayStation 4 with Driveclub

Knack – A Brand New Platformer for the PlayStation 4

The Witness: An Open-World Puzzle Game on PlayStation 4