OPEN ME! for PS Vita Coming to North America 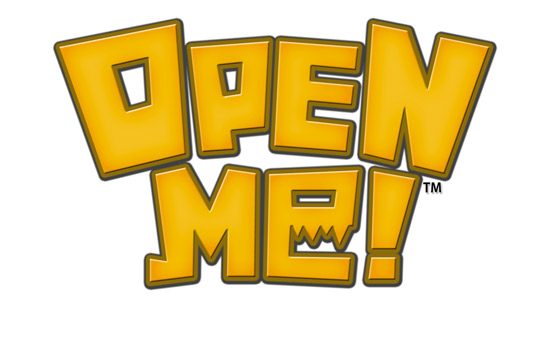 The creative minds in PlayStation C.A.M.P! have created an entirely original puzzle game exclusively for PS Vita, and it’s created a strong buzz since its debut at Tokyo Game Show last Fall. Today, we’re announcing that OPEN ME! an addictive augmented reality puzzle game for PS Vita, is coming to North America later this year.

The goal in OPEN ME! is simple – open the box and collect the items inside. This may sound easy, but these boxes are full of traps; players will need to use Vita’s augmented reality features to look closely at the boxes from every direction, looking for the slightest hint on how to open them.

By using PS Vita’s cameras and smart augmented reality technology, the elusive box will appear on the screen in seconds. Touch the screen to open the box, but be careful, the lids of some boxes are razor sharp and they will shut tight if you fail. Boxes range from a simple wooden box to a more sophisticated box made of metal, each with its own unique tricks to opening the box. Examples of challenges include stacking colorful boxes from the inside of a larger box, or exploring and disarming a box’s security system (i.e. spinning blades or propellers). So you can definitely say that “thinking outside the box” is a requirement.

OPEN ME! will also feature a multiplayer mode, where communication skills between players and speed are key in opening these boxes. Multiplayer will require two PS Vita systems loaded with OPEN ME!. Like single player, each challenge requires something different for each puzzle such as angling lasers at a fellow player to light up sensors or synchronizing button pressing. More details on both single and multiplayer gameplay will be shared at a later date.

We will be showing OPEN ME! at the upcoming Game Developer’s Conference, over at the Silicon Studio booth, so for all you industry folks who are attending the show feel free to get a sneak peek of the game. More information will be coming soon — stay tuned!