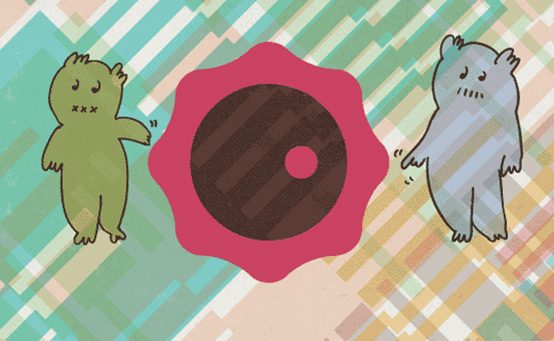 Everyone has the friends who know all the new bands and all the cool music, who make the mixtapes and the killer roadtrip soundtracks, the friends who you always ask, “What are you listening to?”

Our first Milkcrate release was March 12th and featured six albums we chose here at Queasy. For our second release we’ve asked our friends at The Verge, Gamespot, and Ghostly International to create Milkcrate albums with their favorite community-made levels.

Here’s our interview with him about his experience curating the Milkcrate.

Baiyon: For starters, being able to work again with Shaw-han Liem was definitely one of the most exciting things about Sound Shapes. Shaw-Han and I have worked together on some musical projects before and it was such an amazing experience. It’s been a great honor to be part of this exciting project, which involved many artists and from Canada whom I’ve collaborated with, including Jim Guthrie, Superbrothers from Sword & Sworcery. It’s also gave me a great chance to play numerous levels that other users have created.

SS: What was your reaction to some of the Community-made levels you played?

Baiyon: I was simply amazed at how much tweaking is done to the levels, and which can only be done when one goes through the level so many times to test it out.

SS: What was the inspiration for the “Picture Book” theme and cover art in your Milkcrate album.

The Community Milkcrate came together shortly after Sound Shapes was released last August. We were so impressed by the amazing level creations of our community that we had to find a way to highlight and share them with people. We came up with the concept of creating playlists of levels and releasing them as albums similar to the campaign and complete with liner notes and custom album art. Our first release was in March 2013 and featured six albums of curated community levels. Future albums will feature special guest curators.

Baiyon: As I went through the variety of levels that the community offered, I found a lot of “picture book” – like levels that cleverly used the tools in order to draw their original pictures and writings. I was also impressed at this particular level where the colors and the feel of the level was so soft and delicate. That’s when the concept for the theme came to mind. I am hoping that the players could feel like they are playing in the world of my artwork with the pattern series “Bug-Check” and the creatures I created which, so to speak, have come to be my signature.

The artwork for the cover is my signature pattern, blended with the Sound Shape character.

SS: Have you experimented with the game editor, creating music or levels yourself? What are your thoughts from a musician’s perspective?

I always think this, but the best game is to make games.

If you’re someone who’s made a game before, then you’re more likely to enjoy playing games. Sound Shapes is definitely one of those games, that features the joy of game making.

SS: What have you been working on lately? Anything you can share?

Baiyon: I’ve been working on a few game remixes recently.
First is a game called FEZ.

I was also involved with the Street Fighter II remix CD, that comes with the special edition of High Score Girl (4), which is a popular manga comic about Japan in the 90s. Check out how I remixed Blanka’s sound.

One more thing. For the people who may not be familiar with my works, I wish to introduce one of my recent projects. I have once collaborated with Shaw-Han Liem who is co-creator in Sound Shapes, on the benefit compilation album called “Vibes against Vibesvol.1 & 2“. This album is dedicated to the sufferers from the monstrous earthquakes that hit East Japan 2 years ago. Please check out our collaborative tracks if you would like to know more about Shaw-Han Liem works.

In addition to Baiyon, you’ll find albums from Ghostly International, The Verge, and Gamespot. Each comes with liner notes and custom album art and is available today as a free update. Hope you enjoy it.

“Since we’re a group of musicians ourselves, it was pretty great to be able to select a few of these levels for our Milkcrate album. There are some amazingly difficult, and at the same time, wonderful sounding levels in there, and from the standpoint of being a creative company we love that these were created by the folks playing the game. We’ve both played with making levels, and haven’t come up with anything even close to the inspiring ones they’ve picked. Although we listen to music all day at work, it is fun to come home and use your mind and ears in a different way for a few hours. We hope you enjoy playing these as much as we did playing thru and picking them.”

A media network focused on covering the digital trends around tech, gadgets, games, and more.

“The Milkcrate project feels a lot like a mixtape… only for a video game. Only instead of painstakingly recording your favorite songs on a cassette, you’re digging through the heaps of user-generated Sound Shapes levels in order to find the ones that speak to you. But the result is the same: you get to share cool things with people, in a satisfyingly personal way.”

Gamespot is one of the original gaming websites and has been providing the news, reviews, and features about video games since 1996.

“Almost a year after GameSpot reviewed Sound Shapes it was great to see that the game’s community is not only still active but also very creative. If I ever finish creating my second LittleBigPlanet Vita project I’ll be sure to have another go at making a Sound Shapes level.”

We couldn’t resist curating one ourselves featuring levels made with our Car DLC Pack.