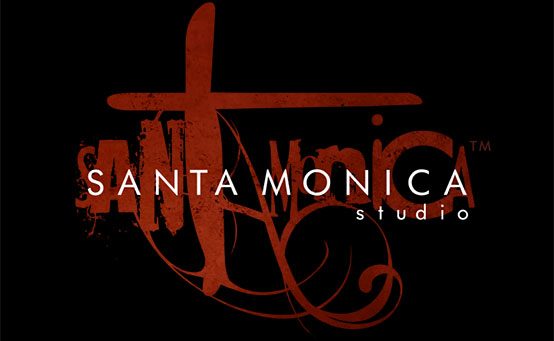 CS Lewis said that “the next best thing to being wise oneself is to live in a circle of those who are.” That quote really seems to sum up the thought process for most of my career decisions up to and including my current situation. While I, myself, may not always be wise, I am fortunate to have always been lucky to have a circle of those who are.  I have worked in many places, with any number of smart people of all disciplines, notoriety and awesomeness but nowhere have I encountered so many ‘top-of-their-game’ people as I have at Sony.

Just how the heck did we end up back here, you ask? That, my pretty PlayStation people, is a great question.  I thought I might invite you all to jump on a memory lane version “Mr. Toad’s Wild Ride” and take a look at just how in the hell I got to be here…again.

The here I speak of, by the way, is the hallowed halls of Sony Santa Monica. The same jewel encrusted fortress where the pantheon of super-creators make their waking dreams into reality and tickle that part of your soul

Ok, stop distracting me. We have a lot of information to cover and precious few lines of code to do it in.

It was a drizzly Tuesday when I showed up to Sony Santa Monica to work on a project, then known as Dark Odyssey, full of hopes and dreams.  A fresh faced idealistic young animator with a goal of working at a job where I can do very little, come in late and leave early.  Yes, after making crappy game after crappy game for over 10 years I had decided that I was going to say “suck it” to the game industry and work on a movie script so I could go where the grass was truly greener – a land of magic and wonder known and the ‘Film Business.’

I realized in just a few weeks of animating Kratos that I already worked in the greatest business that any creative person could ever hope work in.  Sure, I am biased.  I make games, and games are the future of entertainment.  Yup, interactive is the delivery system of the future. Who doesn’t want to work in the future?

Incidentally, I am actually writing this blog post from the future.  I am going to hit send and the little bits and bytes are going to go through the internet and cross through the aurora borealis and then, there is a 50/50 chance they will either end up in a Jim Caviezel / Dennis Quaid movie, or get sent back in time exactly 27 days and 13 minutes to be served piping hot for you to read. If you are reading this, clearly the latter has happened…and Frequency still sucks.

After that first few frenzied workweeks the rest is history, folks.  God of War 1 was released and received with open arms from the fans, which made us all happy we still had jobs and got to make another one!  I Directed and wrote on that one, then went on to write the original design/layout and story for GOW III before deciding to roam the earth like Caine from Kung-Fu. I wrote the script for PSP God of War: Ghost of Sparta at the start of my journey and then headed off into the wild blue of creative, and employment, uncertainty. I wanted to go on a creative walkabout, of sorts; in order get the experience I knew I needed to become a master craftsman.  It sounds pretentious, and it probably is, but I am totally not meaning for it to come off that way.

In my creative travels I found myself working on a game concept on the deck of a yacht in Monte Carlo with a crazy German music producer who carries around a fur-ball dog everywhere he goes and the heir to some British toilet paper fortune. I’m not kidding; the name of the yacht was Le tissue.  I seriously cannot make this stuff up. Later that week I had dinner with this other crazy guy, Erich von Däniken, a hotel industry worker turned vocal “ancient alien” theory proponent.  He actually created a theme park based on his beliefs and his books are translated in like 32 languages. He told me, everything I believe is wrong.  I told him, I believe he is right.

I took a good few years to hone my understanding of writing and drama with George Miller – that crazy guy who made the Mad Max franchise.  In the years I worked with him I think I learned more about story and character development than I could with ten advanced degrees.  Plus, I got to sit in the driver’s seat of Max’s new interceptor – that was a very big nerdvana moment!

I even got a chance to hang out with George Lucas for a short stint at, the now defunct, Lucasarts.  That was a pretty amazing experience, I actually got to stay at the Skywalker Ranch – something usually reserved for the visiting filmmakers and writers – and kick around story and character ideas with head writers from CSI, 24, the Shield and the creator of the IK show Life on Mars.  All the rooms at the ranch are themed after George’s favorite filmmakers.  I stayed in the Kurosawa suite, decorated with items from his past as well as some of his original drawings and watercolors.  It was awesome.  I tried to swipe a few for myself – turns out Skywalker Ranch security was also awesome. J While the Lucasarts thing didn’t shake out exactly as planned, it was another great experience that added new creative weaponry to my growing arsenal.

I went to Sweden and worked with those Ace of Base loving cats over at Avalanche, even though they seem to have forgotten that…or were misquoted.

Then, after much travel around the globe I came back to the US and kicked around in San Francisco for a year where I got to direct the cinematics on that Tomb Raider game that just came out.  If you haven’t played it, do yourself a favor, stop reading now and go pick it up NOW!

So, after all the travels and great collaborations and wandering, did I become the master craftsman that I originally set out to become?  Well, no, not yet.  I learned that the “master” part is a goal best left on the horizon, always appearing attainable, but just out of reach.  That keeps you hungry and at the top of your game.

That, and a healthy dose of gut wrenching fear that you are going to screw it all up, destroy the thing you are working on and disappoint legions of fans and players around the world.  That is important too.

I felt that I was ready to come back home – home to where it all started, Santa Monica Studios.(SMS)  There I would use my newly honed powers of awesome to create something that will rock the free world.  In an instant I decided to move my family, my wife who is nothing short of a superhero every day and our newborn son, Helo, named after our favorite character in BSG as well as our shorthand for the Sun God Helios – nerd family for sure, down to the sunny Shangri-La that is Santa Monica California.

What am I working on, you ask?  Good question.  Sadly, I cannot tell you…yet.  But I can say that it is freaking huge, and it will live up to the standards that I helped establish here at SMS.  We’re putting together a team as I type this, an Ocean’s 11 kind of thing. We are searching the world high and low for the best of the BEST to come and be on the ground floor of this endeavor.  So, hey, if you are a freaking rock star unafraid to roll your sleeves up and take risks, reading this thinking that your current digs are feeling…well…a bit small, a bit dull and in need of some excitement – you need to contact me at Sony Santa Monica.

That is all for now, PlayStation nation.  I will sign off with this – your continued support is the reason I get to make these crazy big games.

I thank you, from the bottom of my black heart, for all the time you play. I will keep working hard to create them if you promise to continue playing them.

If you don’t, God will kill a puppy.