The Last of Us: Future DLC Plans 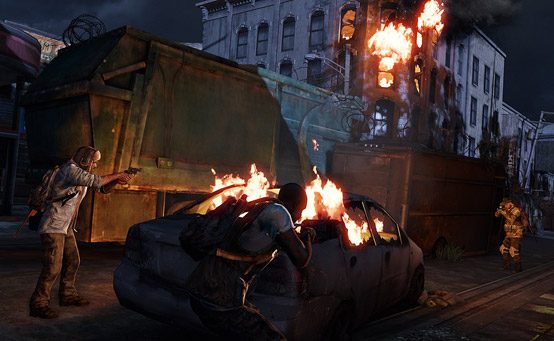 We’ve been hard at work making the DLC content for The Last of Us – and I know that all our Season Pass holders are eagerly waiting for any updates or news. Today, we’re revealing the first of three Season Pass DLC drops: the Abandoned Territories Map Pack.

Weather the opposing Faction and the random, dynamic dust storm on the Suburbs map. Explore a layered map of an overgrown urban environment with wild giraffes in the background in the Bus Depot map. Stalk around in a dark, eerie, moonlit, environment – the perfect setting for some serious stealth – in the Hometown map. Bookstore features a stacked, bi-level layout adding a highly unique dose of vertical gameplay. Excited yet? These maps will be available October 15.

When we initially talked about the Season Pass we mentioned making our first ever story-driven single player DLC. This is an ambitious story with strong ties into the narrative of The Last of Us. We just wrapped up a long casting process for a new character, and we’re starting our performance capture shoot next week. The single-player DLC is currently planned for release around the December-January timeframe.

Our third Season Pass DLC is multiplayer focused and will arrive in the first half of 2014. We’ll start to reveal more information and a release timeframe as soon as we’ve worked out those details.

To make the wait a little bit easier, we’re adding bonus items to the Season Pass. We have over 60 different head items for your multiplayer character ranging from a Nightmare Mask to a Pigskin Hat that will be free for all Season Pass buyers. These head items will be available a la carte as well, but it’s a tremendous added value for all Season Pass holders.

If you want to lock in all three DLC drops and over 60 head items for your multiplayer character at a deeply discounted price, buy the Season Pass today. You’ll be saving over 75% by purchasing a Season Pass instead of buying all the DLC individually. The Last of Us Season Pass DLC is available now on PlayStation Store or at your local GameStop retailer for only $19.99.