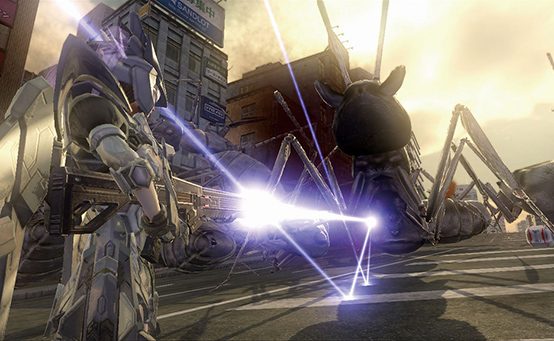 We’ve been on tour with Earth Defense Force 2025 for the last few months, showing off all its awesome features at events like E3, PAX Prime, and New York Comic-Con. Fans continuously ask us if the DLC from Japan will be available in North America and Europe. And I can proudly say “yes!” We’ll make sure all content from Japan makes it over here at some point, and we’ll have more details on all of that in the near future.

In the meantime, we’re pleased to announce that customers at GameStop can start pre-ordering Earth Defense Force 2025 tomorrow, and will receive a special Weapons Pack for free.

Available exclusively to customers at GameStop is the Air Raider Weapons Pack, featuring:

We have plans to include additional Weapons Packs that will be available via pre-order or DLC, and will include the packs below. We’ll be sure to have more details on where exactly to find these packs, soon!

Come on over to our Facebook, as we have a great community of fans that share wonderful ideas, and we plan to do some cool reveals on there in the future. I can’t wait to share more about EDF with all of you on PlayStation.Blog as we get closer to launch.