CastleStorm Out Today on PS3 and PS Vita 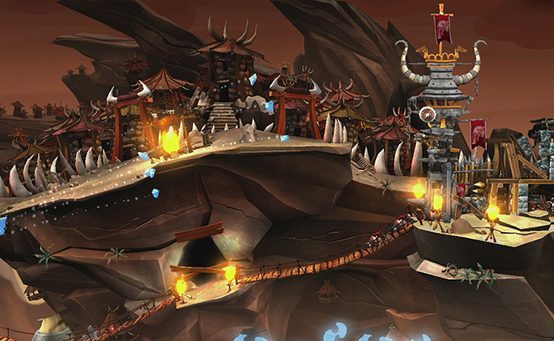 For those of you getting ready to play later today, we thought it would be nice to give you some tips on using the ballista, the primary weapon mounted just above your castle’s gate. Starting out, you’ll utilize the low-powered, quick-spawning javelin, while the vikings fire harpoons. As the game progresses, you’ll unlock more projectiles for your arsenal and upgrade these with gold you earn during missions.

While javelins are meant for targeting specific enemies on the ground, the Knights’ Apple Grenade can either be used to take out a cluster of oncoming enemies, or better yet, demolish castle walls. Once launched, you can either wait for the Apple Grenade to hit its target, or you can detonate it at any time by while it’s still in the air.

The Vikings, while rugged and dangerous, also care about the environment. They take their garbage and turn it into weapons! The Vikings like to repurpose sharp scraps of Trash Metal to wipe out waves of ground troops before they can reach the gate. It’s not a very accurate weapon, but a great choice if you have scattered troops marching across the battlefield toward your castle, or any pesky flying troops that you need to get rid of.

If you’re still not sure about CastleStorm, check out the free demo on PlayStation Store, and just try not to get hooked! See you on the battlefield!