Pinball Arcade Out Tomorrow on PS4 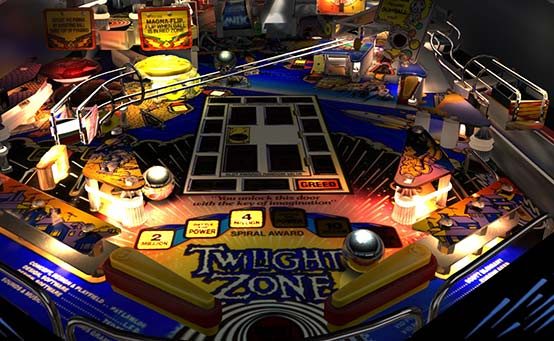 The holidays are here, and we’re happy to be launching Pinball Arcade on PS4 tomorrow! We’ve been working hard all year on remastering and relighting the classic pinball tables in our game to take advantage of the PS4’s power. And you’re getting a table on PS4 for free.

That table happens to be one of the best pinballs of all time, Tales of the Arabian Nights, which was designed and manufactured by Williams in 1996. We can’t wait for people to try it who may never have tried pinball before. Pinball is a much deeper game than some people think.

The digital version goes live this week in North America. The blu-ray is also getting delivered to a few retailers this week — a great stocking stuffer for anyone who likes pinball (hint hint).

We’re launching with all of our Season One content available. That’s more than 20 tables worthy of first ballot Pinball Hall of Fame inductions. In fact, nine of the top fourteen ever, according to pinside.com are available from day one on PS4. We’re humbled to get to recreate these masterpieces for all of the real pinball fans out there.

Since we started re-creating pinball tables digitally, a decade or so ago, we’ve wanted to implement point lights — the illumination of light from specific points. Pinball tables are a great way to show off this technology. Some tables have more than 100 points of light that have been designed to flash on and off during the different modes and features of the table. I’ll always remember the PS4 for being the platform that we developed this on first.

Also adding to the eye candy is the amount of real-time environment map reflections we can add. Pinball tables are made up of lot of plastic and metal parts. Lots of chrome, combined with lots of colored lights going on and off makes for a beautiful light show!

Since we first released the Season One tables on PS3 and PS Vita, we’ve been making fixes and improvements to our engine and each table. These fixes will soon be released for those platforms in a big patch that should be out in January. The PS4 version will get this updated gameplay on day one.

Happy holidays to all of you guys from everyone at FarSight!