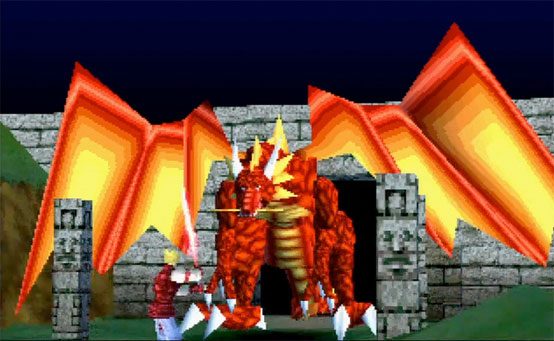 MonkeyPaw Games is back for the second game in the Retro Rush lineup! What’s the Retro Rush? Each week, for six weeks, we’ll be releasing a new import PSone Classic on the PSN for PlayStation 3, PlayStation Vita and PSP. The first week was Double Dragon, and now Lucifer Ring is the next stop for Week 2.

Lucifer Ring is another title that hasn’t seen a release outside of Japan and we are the first to bring it over the ocean and on to the PlayStation Network. It’s a 3D beat-’em-up that’s heavy on action.

You play as a young hero named Nash who is tasked with stopping a dark wizard from using the Lucifer Rings that will open the gates of Hell. Naturally, Nash will have to hack and slash his way through Centaurs, Goblins, Dragons and creatures named Bob to put a stop to the evil forces. There will be mini-bosses and multi-state level bosses to round out this adventure to put our hero to the test.

Dark wizards never let heroes get any rest, do they?

The Retro Rush will continue next week with an extremely quirky game that involves an unlikely combination of the RPG genre and firefighting in The Firemen 2: Pete and Danny. Want to give us a shout in the meantime? Find MonkeyPaw Games on Twitter at @MonkeyPawGames.