That Trivia Game Out Now on PS4 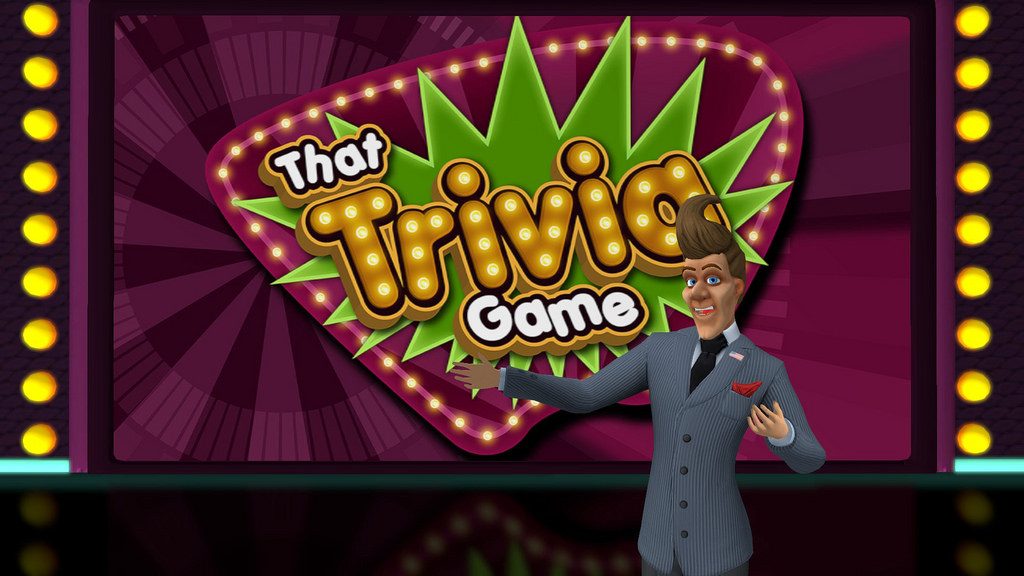 Get those thinking caps on and ready the crew for an intense battle of the minds — in a “not too serious” way. It’s time for That Trivia Game!

That Trivia Game on PS4 is all about trivia. We spent a large portion of our time researching and creating questions that cover a wide range of categories and topics. A thousand questions were hand-picked out of the thousands of candidates to ensure we had a fair and balanced collection of relevant and current trivia. The difficulty levels were carefully balanced so that everyone can get involved — there’s nothing worse than being the only person playing that doesn’t know any of the answers. That Trivia Game has four rounds with fun and varying ways of playing. Each round adds its own twist to the trivia format, making every round fun and engaging, while still being easy to play.

As mentioned earlier, That Trivia Game has more than a thousand questions in a wide range of categories. This means that you can play around 40 games of That Trivia Game without seeing repeating questions. And at the price of $9.99, that’s less than 1 cent per question!

That Trivia Game was built from the ground up as a pick-up-and-play game. We created the gameplay around the premise that That Trivia Game could be played by gamers with a wide range of experience, as well as non-gamers, too. The biggest hurdle was interfacing all kinds of players and non-players of varying ages with answering the questions. We designed the answering interface to work intuitively with your hand and DualShock4. This intuitive interface makes it effortless to select your intended answer, even for family or friends who have never held a controller.

That Trivia Game will be available today as a digital download for $9.99. Add your comments or questions here, we’d love to hear from you.