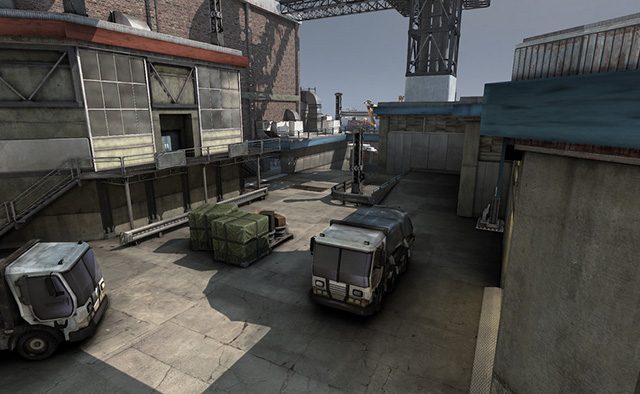 Hey Blacklight: Retribution fans, Zombie Studios is releasing the Seaport map today on PS4! Seaport is designed to bring players into the fight quickly with two major avenues of attack. If you find yourself pinned down, plenty of smaller side paths and routes cut through the port’s warehouses. Good use of HRV is critical, since the opposition can take you by surprise quickly if you let your guard down — watch your teammates’ backs.

The industrial port setting means there’s verticality to the map you need to keep in mind to be competitive. Check the walkways and roofs as you advance or you’ll just be GP in someone else’s wallet.

Map releases are a cause for celebration here at Zombie, and we love to include our players in the festivities. It’s been a while since we’ve had a double XP weekend, and this is a perfect excuse. That’s right: new map and double XP.

While we’ve got everyone’s attention, lets touch on some popular questions Zombie has been receiving:

Here’s the current situation on beta. Zombie has begun the final march to the end of beta. We have one bug fix patch planned, and then the next patch is going to take us out of beta. Keep watching Zombie’s Twitter or Facebook for the date announcement.

Concerning GP prices, Zombie has put a lot of time into figuring out how to best balance GP to make sure our players are having fun and to keep the game balanced. All your feedback in beta has been extremely helpful, and we’re feeling great about our final plans. Expect details at the end of beta we think you’ll be pleased to hear!

Thanks for being a Blacklight PS4 Beta player! You’ve made all the difference.