War Thunder Out Today on PS4 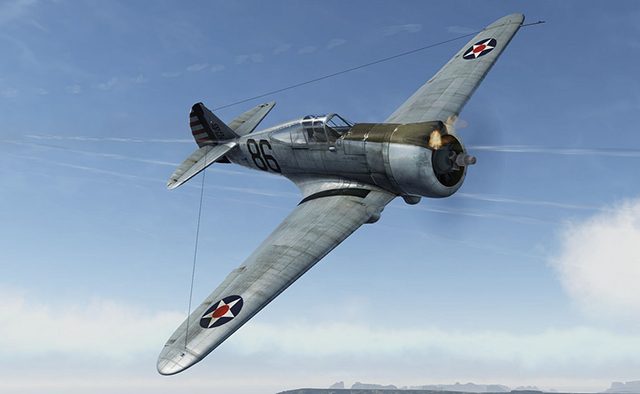 An online game lives or dies depending on the number of players. If there’s no one to play with, then what’s the point? This is especially true for competitive multiplayer game such as War Thunder — you need a strong player base so users can always find opponents according to their level, regardless of what nation they’re playing, or which difficulty mode they chose.

This is why one of our ideas since the inception of War Thunder was to make it cross platform. Rather than try promoting the game to different audiences, it’s better to provide the same experience for everyone.

Now, with the launch of War Thunder on PS4, we’re finally able to realize this vision. Console players are using the same server as existing PC and Mac users, with all of the features available for everybody (user created content being the only exception). The players can even form squads (up to 4 people) and fight together with their friends regardless of the platform or complete scenarios in co-op.

And besides minor tweaks to the interface, there’s hardly any difference — PS4 has allowed us to create a beautiful game which is on par with the most powerful computers. You can even plug-in any USB keyboard or mouse into the console and use it for controls! Also, PlayStation Camera is a very handy device for a flight combat game — it makes head-tracking possible, which is invaluable in frantic dogfights.

But it’s not about aviation only; the Ground Forces expansion, which adds player-controlled tanks and anti-air self-propelled guns to the game, is also included from the start in the PS4 version. There are more than 400 historically accurate planes and armored vehicles in War Thunder at the moment, and more are coming.

Only PS4 players have the option to purchase the exclusive “Invader” content pack that includes US attack plane A-26C-45 Invader, along with great gameplay bonuses. Also, everyone will receive a unique decal for their vehicles and additionally PlayStation Plus subscribers will also have the chance to earn an additional decal as well as the ability to purchase War Thunder’s premium account at a discount. The premium account allows you to earn more money and unlock new vehicles faster for some period of time — but there aren’t any paid items in War Thunder that can tip the balance in battles.

Finally, celebrating the game launch, we’ll be offering all PlayStation Plus subscribers a free plane — the P-36A “Hawk” fighter of lieutenant Philip M. Rasmussen, one of the few American pilots who managed to take off to protect Pearl Harbor from furious attacks from Japanese planes. This offer will be available in the near future.

Our team is very happy with this launch, and we can’t wait to see War Thunder’s ranks bolstered by new recruits. See you in the sky!