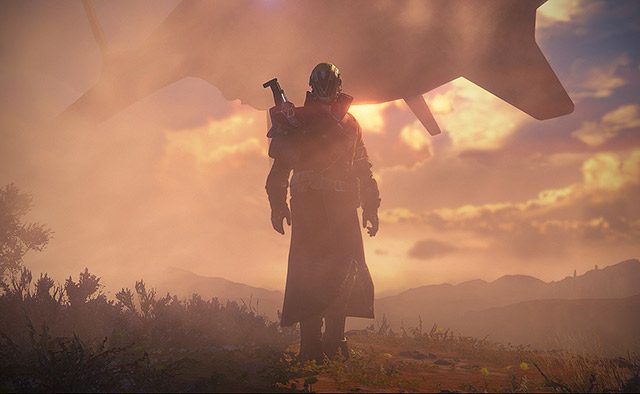 We’ve been waiting for this one, friends. At last, the Guardians of the Tower are rising to face the darkness spreading across the frontier. It’s time to gear up in Bungie’s latest science-fiction opus as Destiny launches this Tuesday for PS4 and PS3.

In Destiny, players defend the last city on Earth from an encroaching threat, using astounding weaponry and ancient power to dispatch the enemies of humanity. Destiny fuses the thrill of a first-person shooter with the loot-hunt of classic RPGs and the social togetherness of an MMO. Traverse forgotten ruins, forge new friendships, sail the black sky, and build an armory worthy of legend. And PlayStation gamers have exclusive access to guns, gear, ships, and multiplayer maps along the way. So pack a nice lunch — interstellar travel lasts a long time.

For a full list of games coming to the world of PlayStation, read on. And enjoy the Drop!

Destiny
PS4, PS3 — Digital, Retail
Destiny is a next-generation, first-person shooter featuring an unprecedented combination of cinematic storytelling, cooperative, competitive, and public gameplay, and personal activities that are woven into an expansive, persistent online world. Venture out alone or join up with friends. The choice is yours.
Mega Man X5
PSone Classic — Digital
Mega Man X and Zero have to race against time to stop a Maverick Reploid attack on Earth. Can they put a stop to the Maverick menace? This title is compatible with the PS3, PS Vita, and PSP.
NHL 15
PS4, PS3 — Digital, Retail
Built to harness the power of the next generation, NHL 15 brings to life the sights, sounds, and feel of real NHL action like never before. Every player is affected by real-world physics leading to multiplayer collisions and pileups through 12 Player NHL Collision Physics. This is the next generation of Hockey.