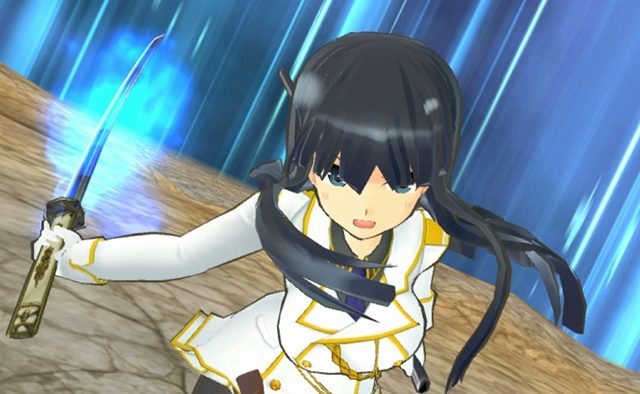 Have you ever dreamed of your perfect game? Does it include a huge cast of lovably quirky shinobi girls whose fighting skills allow them to mow down armies of opponents? Can they unleash special attacks that crush their foes with giant pancakes? Do they hide the armories of entire militaries beneath their clothes? Is their entire epic saga of good versus evil set to the tune of a heart-pumping metal soundtrack? Well, we have heard your wishes, you people of frighteningly-specific desires!

A follow-up to Senran Kagura Burst, Shinovi Versus on PS Vita kicks the series up a dimensional notch. Beefing up the formerly side-scrolling beat-em-up into a full-fledged 3D experience, there are now plenty of expansive environments for you to traverse — dashing, slashing, and smashing every enemy along the way. Bringing back the fast-paced, combo-heavy combat from the first game, Shinovi Versus makes use of all that extra space by packing it with even more adversaries and high-flying boss battles.

Plus, while the first game sported two different routes to play through, Shinovi Versus has doubled the roster, including four different shinobi squads for a total count of 20, sparring shinobi, all with their own unique fighting styles and special moves. 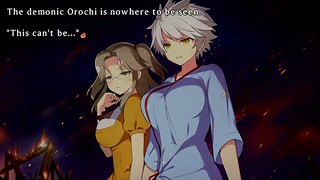 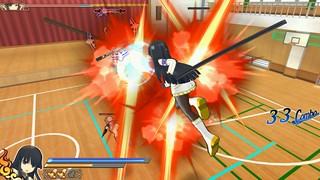 Returning from the first game are the heroic Hanzo girls and the morally ambiguous Hebijo girls, the latter of whom now go by their new moniker: Homura’s Crimson Squad. Taking their place back in the ol’ alma mater is a new Hebijo Elite team, and rounding out the roster is the immaculately good Gessen squad — both of which add their own perspectives to the story.

Get ready to see the twisting Senran Kagura plotline play out in four very different ways as you search for the truth of good and evil shinobi and the purposes for which they all fight. On top of that, you can experience each of the girls’ personal side-stories through their individual arcade modes. 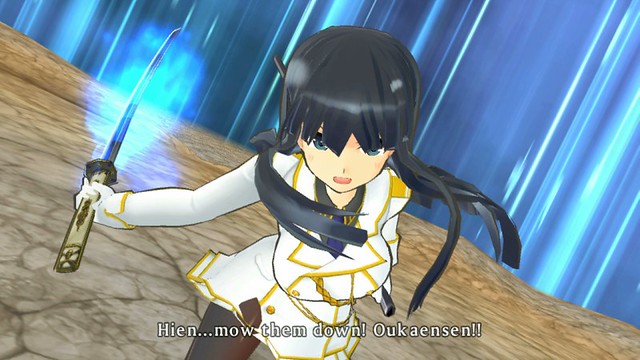 Shinovi Versus also brings multiple 4-player battle royale modes to the table. On top of being able to go head-to-head against 3 of your friends (or completely random strangers online through matchmaking), you can opt instead to do 2v2 team matches.

Senran Kagura Shinovi Versus launches on PS Vita this October 14th, 2014! There will also be a Limited run “Let’s Get Physical” Edition bursting with a 144-page art + strategy guide, and a 39-track musical selections disc, all in a shiny foil collector’s box. So if you want your copy in the flesh, make sure to pre-order!