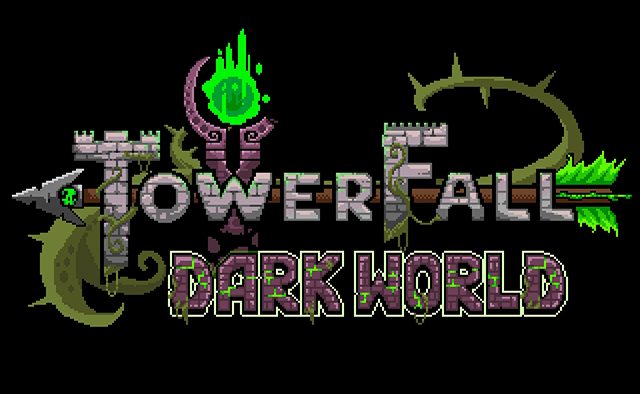 It’s hard to believe that it’s been 8 months since TowerFall Ascension launched on PS4. I have to thank all of our wonderful fans on PlayStation — the community response has been fantastic.

Since launching TowerFall, we’ve had countless requests for new levels, characters, power-ups, and modes. A lot of your suggestions have been really valuable, and after I recovered from the game’s launch back in March, I began forming new ideas of my own. Slowly but surely, our plans for an expansion took shape. I’m excited to announce that the Dark World Expansion will hit PS4 in early 2015.

We want to call this an expansion rather than DLC, because it expands the game in every direction rather than providing small incremental additions. Approaching it this way allows us to tie all the new stuff together in a very cohesive manner. For you this means more playable archers, levels, modes, power-ups, variants, trials, and more.

Joining the roster we have the red archer, the Vainglorious Ghoul. As her appearance suggests, she captains an infamous ghost ship known as The Amaranth. The Amaranth, it turns out, is also one of four new level sets in the expansion. These new locations are spread across the Dark World, a twisted reality parallel to the TowerFall world you’re familiar with.

The final tower, Cataclysm, uses procedurally generated levels to make sure every match is unique and surprising.

And then we have the new power-ups, such as Trigger Arrows, which behave like remote mines. Stick them to walls or ceilings in clever positions, wait for the perfect moment, and detonate when your opponents least expect it.

Or the otherworldly Prism Arrows that lock your enemies in magical prisons so they have nowhere to hide. These are a few highlights from our work so far. If you want to keep up on development and read about everything we’ve added, check out the TowerFall blog where we’re posting regular updates on the expansion.

We’re already having a blast playtesting these additions — they open doors to countless new ways to trick your friends, and countless, more hilarious outcomes. With so much excellent community feedback, we have a great handle on what players love about TowerFall, and see this as the perfect opportunity to push the game to its limits. I’ll be at PlayStation Experience in Vegas next month, taking all challengers as we demo the Dark World Expansion for attendees.