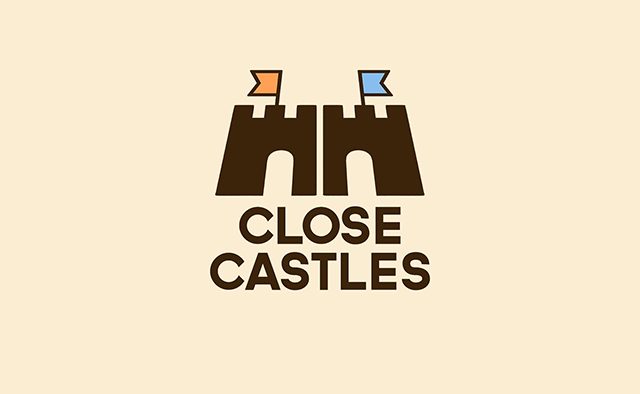 I have a love/hate relationship with real time strategy games. I love them, but I hate playing them.

Let’s face it: RTSes are miserable pain engines designed to give players the worst possible experience. They’re kind of fun (though deeply stressful) right up until the first interaction with another player and then it’s all downhill for the next forty-or-so minutes. You play until someone gives up. They are lonely exercises in sadomasochism. Anyway hello. My name is Asher Vollmer and I intend to fix all that with my new game, Close Castles.

I made Threes because I love small, minimalist games. Close Castles is no different. The games are incredibly quick: they average around three minutes each on the fastest game speed. Buliding the game for a controller has inspired me to make the controls as simple as possible. You move your cursor around the field and press a button to build structures. What you build and where you build it will determine you and your opponent’s collective fate.

The game is built for local multiplayer, so there’s no hidden information. This means that the game feels a lot more like a fighting game at higher levels. It becomes about reading your opponent and turning the tiny cracks in their strategy into a crumbling pile of failure / rubble. This game is all about destroying buildings, so there’s a lot of rubble in it.

The premise of Close Castles is simple: You and your greatest rival have built your castles WAY too close to each other. Your job is to build up your kingdom (despite the cramped quarters) while simultaneously sending out your loyal citizens to tear down the enemy’s vulnerable castle. We plan to have an amazing, harrowing story that somehow justifies the fact that all these castles were built in such proximity.

Did I mention the game is cute as heck? I’ve teamed up with Dominique Ferland, one of the most talented cutie-based artists in the world. He manages to create these incredible settings and characters that are simultaneously iconic and appealing and evocative as heck. I’m proud to be working alongside him to make this brutally strategic game look even remotely approachable.

Close Castles will be coming to consoles some time in 2015. But if you’re looking to play the game AS SOON AS HUMANLY POSSIBLE come visit us at PlayStation Experience in Las Vegas! We’ll be crushing castles all weekend!