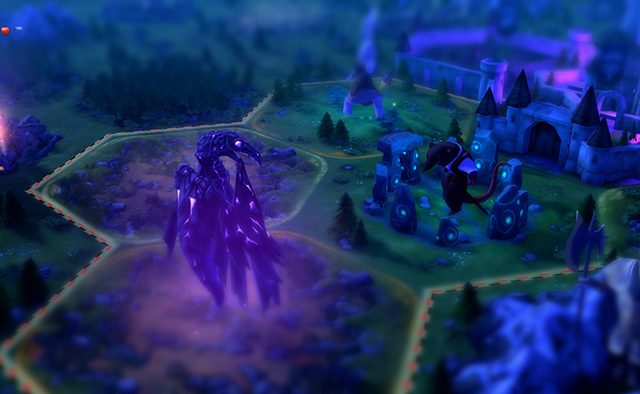 Writing this post, the first thing that comes to mind is when myself and the other directors at LoG first came together and decided to set about making the best digital board game the world had ever seen. Seems crazy, now that I think about it. But we were always afflicted by a particularly blinding optimism.

Even still, I would never have imagined that game would show so much promise and have such a following that four years later I’d be here telling the world that Armello would be coming to PS4. We never were that optimistic.

However, today is that day. I can proudly announce that Armello will be coming to PS4 in September this year.

Set in a vibrant magical world with a tinge of darkness, our game, Armello, is a multiplayer digital board game that thrusts players into a Game of Thrones-esque struggle for power. You’ll select one of eight unique Heroes from the animal clans of Armello, and compete for the crown while the mad lion king terrorizes the Kingdom from the seeming safety of his Royal Palace.

Heroes start in their clan grounds and use action points to traverse the board. Each hex tile presents different consequences including mysterious encounters, exploring a dungeon, capturing a town for your clan or improving a Hero’s health. Players won’t just be battling each other as they move across the board on their quest for the crown though, horrifying Banes stalk the land and terrorize the local populace, and the King’s Guards aren’t unfamiliar with slaying a guard or two in the name of the ‘law’. Atop all this, you’ll have an arsenal of over 100 fully animated cards at your disposal.

After our successful Kickstarter campaign and a solid stint on Early Access, Armello’s community has helped us hone the game into the unique, polished and deeply thoughtful experience it is today. However, we’ve also been secretly working away on a PlayStation version of Armello that uses every inch of the console, with brand new high end assets, redesigned UI, and controls specifically designed to ensure feels right at home on PS4.

Inspired by the classic adventure films and tabletop games of the eighties and nineties, the stuff we were raised on, Armello really is tabletop adventure brought to life.

If you like strategy, card, board or role-playing games, we can’t wait to put a PS4 controller in your hands and show you Armello on PS4, the first truly digital board game.

See you in Armello!