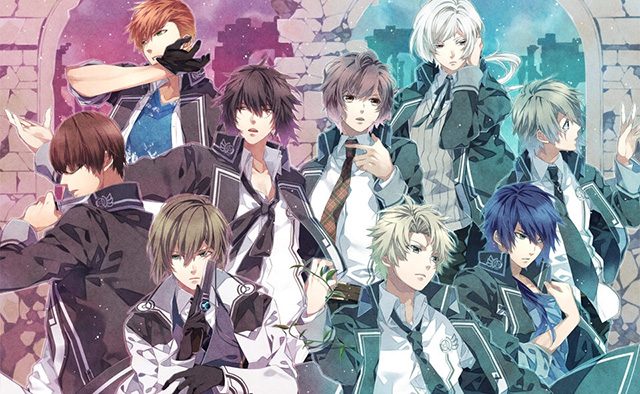 Hello everyone! It’s Mina again! Aksys Games is pleased to announce our next otome visual novel game, Norn9: Var Commons. It will be a PS Vita exclusive, for both retail and digital in North America.

As a title from Idea Factory, the same company that brought you the acclaimed Hakuoki series, Norn9: Var Commons is definitely worth waiting for. Norn9: Var Commons will be available in the fall, but in the meantime, I’ll give you a little sneak peek.

While on a school field trip, child prodigy Sorata Suzuhara wanders off after hearing a mysterious song and blacks out. When he comes to, he finds himself in unfamiliar place, and soon encounters a girl who informs him that he’s currently in turn of the century Japan.

In order to help him get home, Sorata follows her to a ship that she’s waiting for but when it appears it is not a wooden sailing ship, but a round aircraft that flies using technology that is beyond Sorata’s imagination. Even stranger, he discovers that the other 12 passengers — 3 young women and 9 men — are all supposedly espers with special powers, and are on some kind of journey at the behest of a multinational entity only known as The World.

What is the purpose of their journey? What is their destination? Who is The World? Before Sorata can even begin to take stock of his situation, the ship is attacked, and the mystery surrounding the ship only deepens. Delve into the story of the ship and its occupants through the point of views of each of the three girls, and unravel the mysteries trapped within.

Experience the voyage! Board a mysterious aircraft and go on a journey with twelve young men and women with special powers. While travelling to an unknown destination, you will view beautifully detailed environments.

The characters in Norn9: Var Commons come to life. No completely static images, here! Communicate with them as a part of their world and see how they react to specific situations. As the player, YOU advance the complex, diverging storyline and decide the fate of the characters. Ultimately, you will be making some of the hardest decisions. Depending on the choices you make, the story will dramatically change. If you explore all routes and complete them, the secret true ending will be revealed.

Thanks for tuning in! Make sure to visit the Norn9: Var Commons website for more updates! See you next time!

Note: The images used are taken from an early build of the game and may differ from those used in the final product.