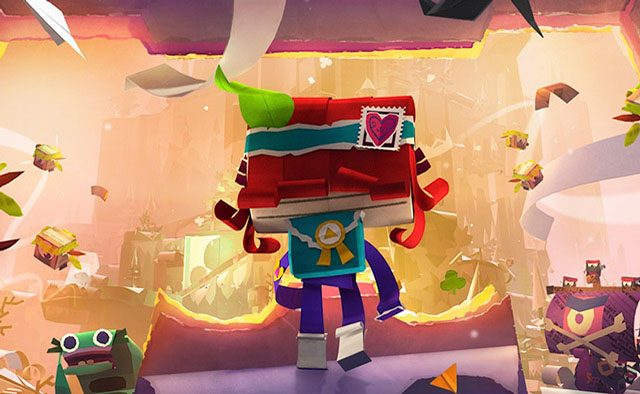 The Tearaway Unfolded Crafted Edition will include a shiny Gold Leaf and a shining Gold Stamp to wear proudly on your messenger, as well as an exclusive God of War and Journey costumes, allowing you to ‘journey’ through the world of Tearaway Unfolded in style!

You’ll also nab yourself eight custom decorations (from franchises such as Lemmings, Gravity Rush, No Man’s Sky, The Order: 1886, God of War, Infamous, The Last of Us, and Killzone), two super cute papercraft plans (Sackboy and Baby Wendigo), and a spectacular Pig Crown.

And if that all that wasn’t enough, we’re also including the official Tearaway Unfolded soundtrack featuring all original tracks from the game.

We’ve been completely blown away by your excitement and anticipation for Tearaway Unfolded over the past few months, it has really inspired us and spurred us on during development of the game and we wanted to say a massive THANK YOU for all your love and support! We really can’t wait for you all to play it!