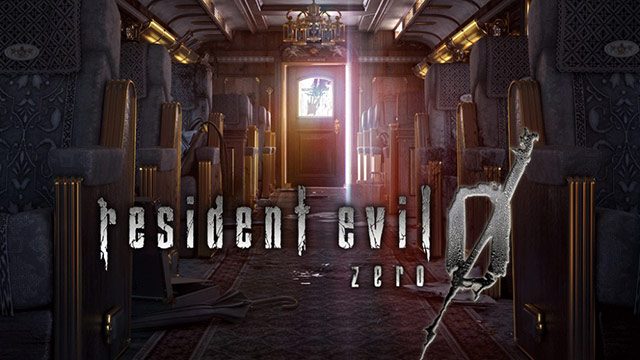 The Mansion Incident. The beginning of an iconic horror series. Now it’s time to uncover the terrible truths leading into that incident with Resident Evil 0, which launches this week on PS4 and PS3.

In Resident Evil 0, players control both rookie S.T.A.R.S. member Rebecca Chambers and death-row fugitive Billy Coen. These two characters must fight to survive in the deadly events leading into the Mansion Incident which dominated the first game in the Resident Evil series. This upgraded prequel features enhanced visuals, sound, modern control options, and a few more surprises for all you zombie fanatics.

But that’s only the start of an absolutely massive new release lineup for the week. Head below for the full list, and enjoy the Drop!

5 Star Wrestling: ReGenesis is a game built on true Ring Psychology with Heel and Face mechanics, a revolutionary Limb Damage System, and Rivalries that impact gameplay. Featuring a 40-hour campaign with 128 challenges, over 400 objectives, and more moves-per-wrestler than any other game.

A Boy and His Blob makes its triumphant return! As the boy, you feed Blob jelly beans and watch him transform into cool and useful objects to solve puzzles and escape danger.

Baseball Riot is a fun, physics-based puzzle game packed with slapstick comedy and mayhem. Take control of retired star batter Gabe Carpaccio as he goes on a crusade to free his former team from the grasp of Explodz Inc.

Wielding magic blades, four girls fight back successive waves of monsters in this exhilarating hack-and-slash action game. There are various battle styles and you can mix and match four weapons to form your own play style.

Build your world. Invent your weapons. Create your adventure! Discover a secret binding the past, present, and future. A secret where an innocent inventor, a temporal warrior, and an ageless evil hold the key.

Green screen! Lasers! And a tower full of deadly monsters! When Dick Starspeed crash lands his rocket on the planet of Gravoria, he’ll have to fight through dinosaurs, nukular ants, and other skilled, costumed stuntmen to make it up the deadly tower of monsters.

Inside My Radio
PS4 — Digital

Can you beat the beat? Journey as a green LED mysteriously trapped inside a dying boombox and play the ultimate musical experience. In this rhythmic platform adventure where your every action needs to be right on the beat, bring electro, dub, and disco music back to life!

Klaus is a precision-based puzzle platformer with a self-aware narrative and unique PS4 touchpad-based controls. Klaus’ tight and challenging platforming takes inspiration from hyper-precise classics such as Super Meat Boy & Megaman, combined with a tense and emotionally engaging narrative akin to Limbo and Thomas Was Alone.

You are Max, a photography senior who saves her old friend Chloe by discovering she can rewind time. The pair soon find themselves exposed to the darker side of Arcadia Bay as they uncover the disturbing truth behind the sudden disappearance of a fellow student.

Red Game Without a Great Name is a 2D puzzle arcade game where you control a mechanical bird carrying a secret message. You goal is to deliver a letter to the recipient’s cage — actually to 60 of them. It won’t be an easy task — you will have to face different traps along the way, including barbed wire, windmill blades, spikes, and many others.

Resident Evil 0 reveals the truth behind the Mansion Incident, the catalyst for the entire storyline of the Resident Evil series. This remastered version takes the story and gameplay of the original and adds stunning HD graphics, 5.1 channel surround sound, and modern controls.

Return to the series’ origins. Discover the truth behind what led to the horrors at the Mansion in Resident Evil in this fan-favorite and popular prequel title to the series.

Shoot and slice your rivals as you summon your own personal NPC army for backup. The game’s random event system makes each battle unique as computer-controlled space pirates try to win the battle for themselves. Stardust Vanguards brings arcade action, a dash of strategy, and tons of bullets to competitive couch-multiplayer fans.

Tachyon Project is an action packed dual-stick shooter driven by a story. Through the story mode you’ll progressively unlock all the weapons, secondary weapons, and perks available to configure your ship. You’ll need them to face the increasingly hard enemies you’ll find with more than 30 different types.