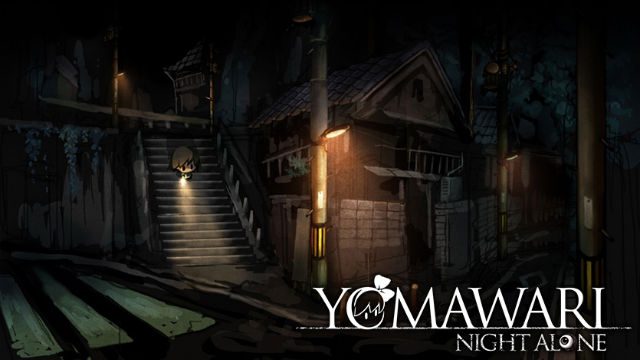 Hello there, dood! This is Judith from NIS America here to bring everyone some thrilling news! Yomawari: Night Alone will be arriving on PS Vita October 25, 2016! As an added bonus, the retail edition will be bundled with htoL#NiQ: The Firefly Diary, for the ultimate 2-in-1 spine-chilling experience. Moreover, we have a Limited Edition that comes complete with the original soundtrack and two art books packaged into a gorgeous collector’s box!

Unlike some of our zanier titles, Yomawari: Night Alone allows you to revisit your childhood fears, especially the fear of the dark. For fans of survival horror, mystery and stealth action, this will be the perfect little gem (or would that be two gems?) to add to your collection!

The story begins with a little girl who lives with her beloved dog and sister in a small town. A routine stroll at dusk leaves her devastated as she runs home, with only an empty leash in hand.

As if losing her dog wasn’t already traumatizing enough, the little girl’s sister goes missing the same night. With only a flashlight and a backpack to store the different items and clues she finds around town about the mysterious disappearances, a dark and dangerous tale begins.

Yomawari: Night Alone features a unique blend of survival horror with stealth action gameplay. Along the way, you will find all sorts of objects from keys to slippers to cat biscuits, some of them vital to solving the mystery of the town and its eerie inhabitants at night, while others useful to distract evil spirits when they attack. As the story unfolds, more answers will lead to more questions, and the open-world environment of Yomawari: Night Alone allows for maximum freedom to wander anywhere at almost any time. But remember that everything has eyes and ears…

With every step around the corner or into a dark alleyway, you will not only need reflexes to outrun bloodthirsty monsters and spirits, but also wits as you outsmart the ones that strike faster than you can blink; letting down your guard for even one moment may spell instant death. Only the silence of the night, the unsettling chirping of crickets, and your own lonely footsteps will accompany you as danger lurks around every corner, waiting to strike without warning.

As mentioned earlier, along with the launch of Yomawari: Night Alone, familiar faces Mion and her two firefly friends Lumen and Umbra from htoL#NiQ: The Firefly Diary return for a physical release! Using two fireflies, you must guide Mion out of the labyrinthine ruins and back home, but not without running into vicious monsters, crumbling corridors and dangerous traps! With two mysterious tales coming together to form one fantastically eerie set this October, this is a combo pack that you definitely can’t miss!

For more information about Yomawari: Night Alone, check out the announcement trailer. If you would like a refresher on htoL#NiQ: The Firefly Diary, please check here!

Until next time, dood!