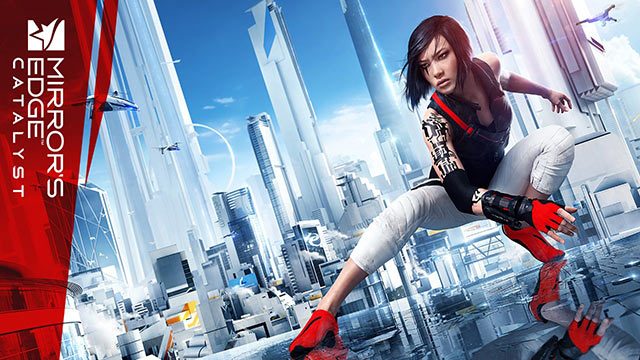 Hi everybody! Quick reminder that I’m swapping in for our old pal Ryan Clements over the next few weeks. With just days to go before E3 (gulp!), let’s check in on those new releases for Tuesday, June 6th. Highlights include the retail release of Paragon with the Essentials Edition for PS4, Mirror’s Edge Catalyst for PS4, Odin Sphere: Leifthrasir for PS4, PS3, *AND* PS Vita, and Steamworld Heist for PS4 and PS Vita. Let the games begin! And please: pray for Mojo.

Anima: Gate of Memories is a third-person action RPG that tells the story of two beings bound by an unwilling pact, a legendary monster, and a girl who lost her past.

The budding alchemist Sophie of Kirchen Bell meets the Mysterious Book called Plachta and embarks on a wonderful adventure.

Broken Bots is arcade-style multiplayer robot warfare where players dish out power-ups to teammates and glitches to foes. Customize weapons, passives, and skills then battle it out in Capture The Flag, Team Deathmatch and King Of The Hill.

From the creators of Ride comes a spinoff dedicated to the legendary Ducati brand! With 39 models in the game, you can thrash some of the most iconic bikes in history.

Choose from more than 20 insane fighters as you battle for glory in the post apocalypse. New fighters, modes, and polished mechanics provide infinite ways to annihilate your rivals. Intense brawls, polished graphics, and massive amounts of content ensure the fight is never over!

Mirror’s Edge Catalyst raises the action-adventure bar through fluid, first-person action and immerses players in Faith’s origin story as she fights for freedom within the city of Glass.

In Odin Sphere Leifthrasir, experience the world of Erion as it hurtles towards the end of days as warring kingdoms clash for control. Take control of the magnificently hand-rendered characters in this enchanted realm, filled with mythical beasts and gargantuan monsters.

Paragon is the MOBA from Epic Games that puts you in the fight with explosive action, direct third-person control and deep strategic choice. Earn cards and create unique decks to equip your Hero with abilities that turn the tide of battle.

This classic action/adventure platformer from acclaimed developers Double Fine Productions follows the story of a young psychic named Razputin. In his quest to join the Psychonauts–an elite group of international psychic secret agents–he breaks into their secret training facility: Whispering Rock Psychic Summer Camp. But this is no average psychic summer camp!

Soul Axiom is a compelling sci-fi adventure game that will take you on a journey through the deepest, darkest recesses of your soul. You will be taken on an intriguing voyage of discovery through beautiful, haunting locations, facing challenges that will lead you into danger on your mission to unlock your identity, your story, your mystery.

Captain Piper stumbles upon a new ally with a past shrouded in mystery. Dive into the action and take on new missions with all-new weapons, gear, and a shipload of hats!