The Story Behind Psycho-Pass: Mandatory Happiness 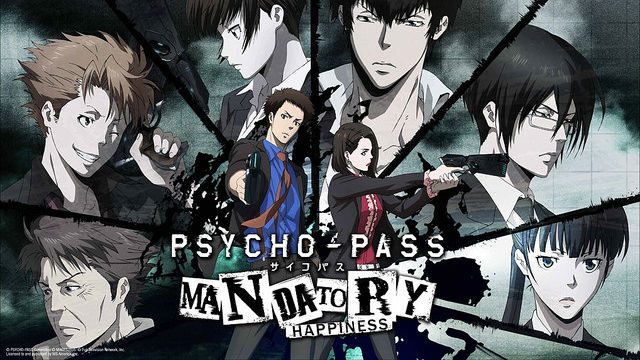 Greetings, doods! Chris here from NIS America to give you some more exclusive information on Psycho-Pass: Mandatory Happiness, due to launch on September 13 as both a physical and digital release for PS4 and PS Vita.

For those unfamiliar with the game, check out our previous blog post back in April or visit our official website.

The antagonist of the game, a hacker who goes by the name Alpha, is brand-new to the Psycho-Pass universe and holds a simple, innocent objective — to make people happy. However, with his naive, adolescent mindset, Alpha does not understand that one person’s happiness could equate to another person’s sorrow, suffering, or even worse.

This eventually brings Alpha into heavy conflict with the Criminal Investigation Department (CID) who slowly begin to learn who he is, what his capabilities are, and his over-all purpose. To make matters more complicated, Alpha seeks to help out emotionally unstable people with Crime Coefficients right below the threshold of the Dominator’s “Lethal Eliminator” mode. To them, he is their saving grace, their last resort. And all Alpha thinks is that he is only trying to save them, only trying to help them.

The Cases to Solve

After selecting either Inspector Nadeshiko Kugatachi or Enforcer Takuma Tsurugi and getting introduced to the members of the CID Division 1, your first case is given to you — a girl who has been kidnapped by a boy in Sado Marine City.

The boy and girl used to be close friends before their relationship got hijacked by the girl’s mom, who pretended to be the girl and sent the boy a heart-breaking message via text. Confused and distraught, the boy’s emotions begin to spin out of control. Soon after, Alpha contacts the boy and offers to help him find the girl and achieve his happiness.

Thanks to Alpha’s genius hacking abilities, the boy successfully finds the girl, but blackmails her into staying with him for a night. She hesitates, but agrees. Ultimately, the girl’s mom calls the police and reports her daughter missing after she doesn’t come home that night.

Soon after, Division 1 receives information on the whereabouts of the boy and girl, and the chase begins. It is from this point, as either Kugatachi or Tsurugi, that you are entrusted to make important choices to find the suspect. It is from this point that the decisions you make could eventually lead to saving somebody’s life or pulling the trigger to end it.

And… it’s hard for me to continue! Both because it’s a tad spoilery, and because your own decisions will result in different outcomes. But I can testify that when I played this chapter, I kind of freaked out. Let’s just say I made some bad choices.

Still haven’t seen the anime? We have some good news for you! All versions of Psycho-Pass: Mandatory Happiness will come with the first two episodes (subtitled) of Season 1 of the anime series, redeemable via PSN.

That’s all folks, thank you all for reading! We hope you’re excited to decide your own fate with Psycho-Pass: Mandatory Happiness on September 13 for PS4 and PS Vita. Visit our official website for more on the game and pre-order info!