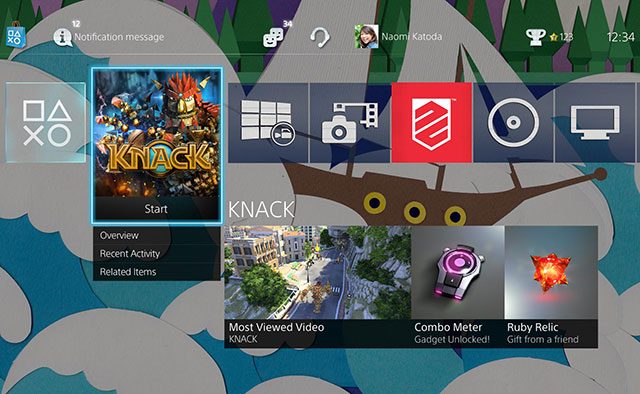 You may already know that PS4’s upcoming system software 2.00, codenamed Masamune, adds some big features including Share Play, YouTube support, and Themes – but the updates don’t end there. I have personally stated in past blog posts that we listen to our fans. PlayStation has heard gamers when they say they want more ways to find friends to play with, and more ways to personalize their PS4. With this update, we’ve added a Players You May Know tile, the ability to listen to your music while gaming, the option to change the look of your PS4 experience, and easier ways to sort and filter your library of content on PS4.

PS4 has been on sale for almost a year and we’re committed to improving the player experience in entirely new ways. As always, we welcome feedback as part of our ongoing effort to make PS4 the best place to play.

Correction: Back Up Data, a feature listed in an earlier version of this post, is not part of PS4 system software 2.00.

The PS Vita and PS TV systems will also receive a system software update to version 3.35 with the same timing as Masamune, adding four-player Remote Play support to PS TV. In addition, the Live from PlayStation app, which allows users to watch live gameplay streams from PS4 systems, will be available on both PS Vita and PS TV alongside this update.

The PlayStation App for smartphones and tablets, available free on the App Store and Google Play, is also set to receive an update to version 2.0 within the same launch window as both the PS4 and PS Vita system software updates. This update provides a new layout for tablets, and the app’s home screen has been redesigned.

Stay tuned for more information on Masamune. We can’t wait for everyone to try it!